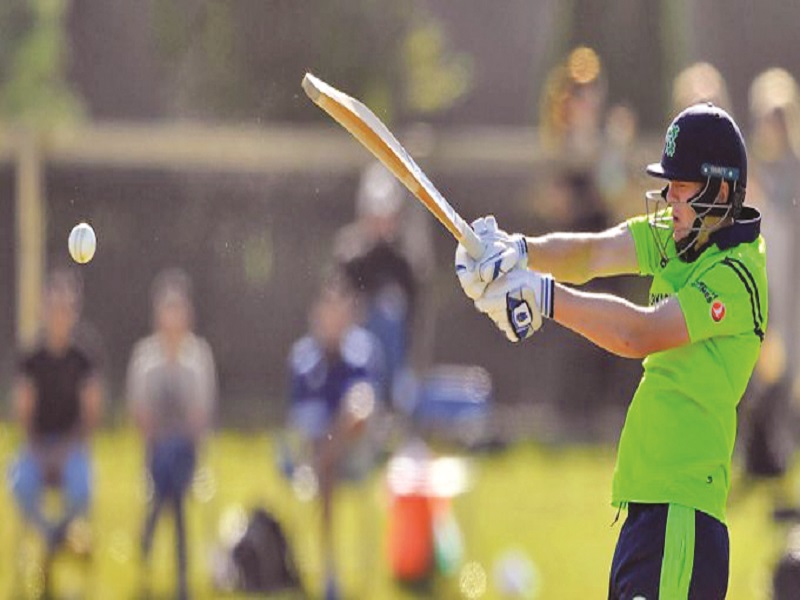 Oman’s eight-match winning streak in T20Is came to an end on Monday when it lost to fancied Ireland by 35 runs in a Group B match of the ICC T20 World Cup Qualifier at the Tolerance Oval in Abu Dhabi, UAE.

Duleep Mendis’ men had begun its campaign in the Qualifier with a stunning win over the hosts and then tamed Hong Kong on Sunday to move on top of the Group B table.  Prior to the Qualifier, it had won two warm-up matches after it had won the Pentangular T20I Series in Muscat, where Mendis’ men won four matches in a row.

However, Team Reds’ winning momentum was halted by the brilliance of Ireland’s Gareth Delany. Oman’s loss and wins for UAE and Ireland pushed it down to third place. With the three teams having four points each, the battle for the top of the seven-team group is intensifying.

Delany, 22, blasted an unbeaten 89 to steer Ireland to 183 for three after being sent to bat by Oman’s skipper Zeeshan Maqsood – a decision that he would rue. Delany’s knock off 49 balls included nine fours and three sixes.

Despite losing Paul Stirling for 11, Ireland made steady progress with the bat. Kevin O’Brien provided good support with

28-ball 41 and Harry Tector scored 20-ball 28. Delany and Tector shared a quickfire 43-run stand and he later put on 64 runs with Mark Adair (9 n.o). Delany treated the rival bowling with disdain in the final overs, hammering 33 from 11 balls.

Oman’s bowling attack came under pressure for the first time in the Qualifier after the bowlers had done well in the previous two matches. Against Ireland, neither the pacers nor the spinners were able to excel.

Oman’s chase revolved around Khawar Ali’s half-century, which came off just 34 balls. It got off to a strong start and raced to 47 in six overs despite the loss of opener Jatinder Singh for ten. Delany then gave Ireland an opening with the wicket of in-form Aqib Ilyas, who had just smashed him for consecutive fours. Oman lost Maqsood for three just after Ilyas’ exit and Delany took the crucial wicket of Khawar in the next over to leave Oman tottering at 77 for four.

Wicketkeeper Suraj Kumar (16) and Syed Aamir Kaleem 912), started to rebuild as they added 32 in 20 balls to keep the team in the hunt.

But their dismissals off successive deliveries from George Dockrell in the 13th over, with Kaleem run-out and Suraj stumped, put paid Oman’s chances of a fightback as it limped to 148 for nine.

Delany completed his memorable day with two for 29 from four overs for Ireland, which also avenged its recent loss to Oman in the Pentangular T20I Series. Oman next plays Nigeria on Wednesday.