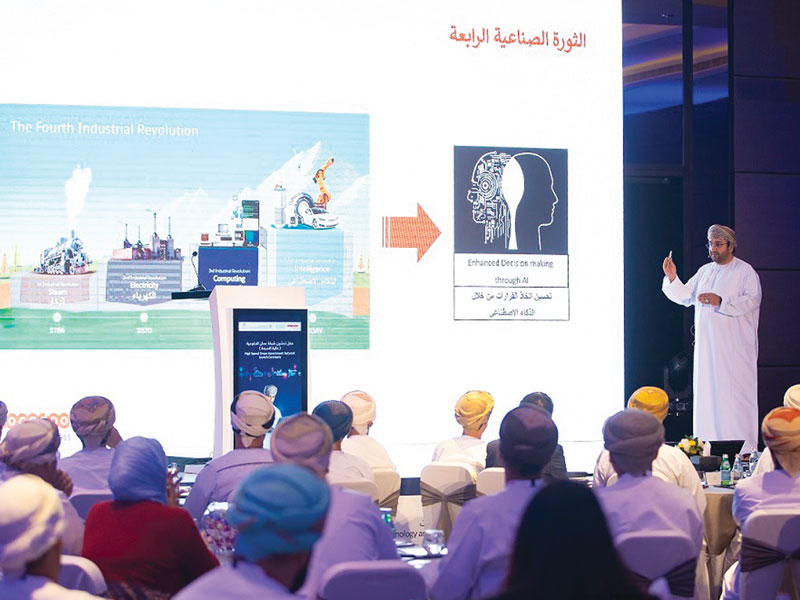 The Ministry of Technology and Communications (MoTC) together with Oman Broadband and Ooredoo launched the high-speed Oman Government Network (OGN) at Kempinski Hotel Muscat.

The network is an integrated and a safe government network that meets the future demands of e.oman projects, like the G-Cloud, the Official Oman eGovernment Services Portal, the National Data Center and other e.oman infrastructure projects.

Dhafir bin Saif al Kalbani, director general in-charge of Infrastructure, spoke on behalf of the Ministry of Technology and Communications, saying, “The high-speed Oman Government Network replaced the current OGN in 63 government entities in Muscat including all ministry headquarters and some of their main branches in the capital. They were linked using fibre optics network in a way that helps these entities in benefiting from the new network to provide their eServices with a better quality and a speed that reaches 1 GB in all government sites.”

He added, “Moreover, the new network will play a role in upgrading the capacity of the OGN’s ISDN lines and elevating its quality while decreasing the previous costs. Our hope for this network is for it to have a vital role in supporting a quicker digital transformation process in Oman and serving all important sectors like health, education, manufacturing, tourism, economy, and other sectors through providing high-quality eServices.”

Eng Bader al Zeidi, general manager of network planning and technology at Oman Broadband, said that the project is considered one of the most vital projects in the technology and communications field. He said, “This project aims to enable electronic connectivity between different government entities through a single high efficiency and quality network.”

He added that the company’s role includes building, designing, and maintaining the inactive fibre optics network.

The project will allow government entities to have access to a high speed and good quality data transfer.

The network will be garnered towards Fourth Industrial Revolution needs and the applications that accompany it.

Ian Dench, chief executive officer at Ooredoo, said, “We are honoured to have been chosen to support the ITA in the implementation of its e.oman mission.

“We are connecting every ministerial headquarters with independent high-speed network and this agreement is a breakthrough in elevating and improving Oman’s government network; giving enhanced speeds, better security solutions, and cost effective integrated services that will ultimately improve the government‘s eServices provided to citizens.”

He added, “The investment in this high-speed network is a clear demonstration of the country’s innovative and forward-looking ICT strategy and desire to be able to adapt to rapidly changing technologies, while preparing for the future.”