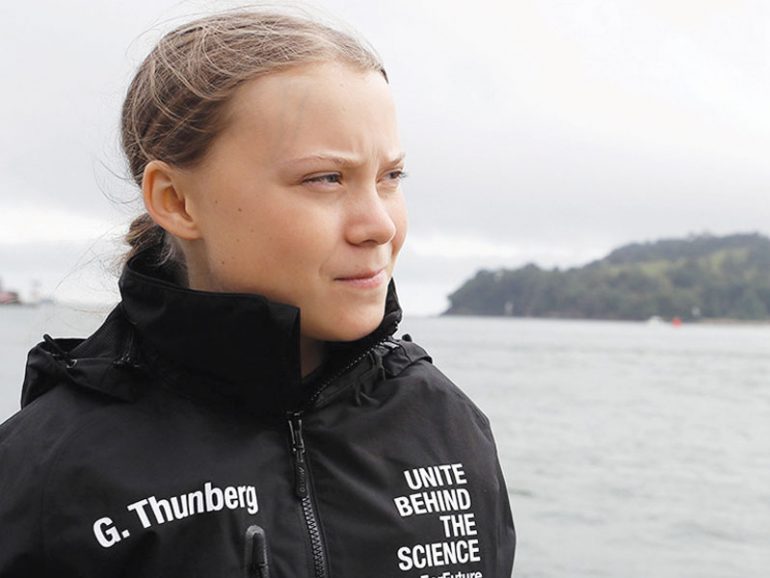 Experts are cautious, but bookies are tipping teenage climate campaigner Greta Thunberg for the Nobel Peace Prize, while two literature laureates will be crowned after last year’s award was postponed over a harassment scandal.

Odds from bookmakers such as Ladbrokes indicate the 16 year old activist is the one to beat for the Nobel Peace Prize after she launched a school strike that inspired millions to join her ‘Fridays for Future’ movement.

However any prediction carries a great deal of uncertainty, since the list of candidates considered by the Nobel Committee isn’t made public, and experts are still divided over whether there is a direct link between climate and violent conflicts.

A day before the Peace Prize announcement on October 11 in Oslo, the Swedish Academy, which awards the Literature Prize, will reveal its choices in Stockholm.

The literary body is at pains to restore its honour after a scandal exposed members’ scheming, conflicts of interest, and a culture of silence and harassment.

Long held up as Sweden’s bearers of culture, Academy members traded barbs in the media and seven of the 18 members resigned. For the first time in 70 years, the 2018 prize was postponed, as the institution found itself without a quorum to make key decisions.

Unless ‘the winner or winners refuse it’ because they think the prize has been tarnished, warned Madelaine Levy, literary critic for Swedish daily Svenska Dagbladet.

Each year since the prizes were first awarded in 1901, literary circles are abuzz with speculation – often more a reflection of their own wishes than any real insight into the Academy’s leanings.

The Academy is widely expected to try to steer clear of controversy this year, and is therefore seen making conservative picks.

The laureates are expected to include at least one woman.

The unorthodox decision to honour US singer-songwriter Bob Dylan in 2016 outraged traditionalists. The subsequent 2017 nod to Remains of the Day author Kazuo Ishiguro, a British novelist of Japanese origin, was seen as a consensual choice aimed at making amends.

The Academy’s turmoil began in November 2017, when 18 women spoke out in the media and accused a cultural figure with close ties to the Academy of sexual assault, rape and harassment.

That was shortly after the start of the global #MeToo anti-sexism movement sparked by allegations against US movie mogul Harvey Weinstein.

In the Swedish affair, the cultural figure was

revealed to be Jean-Claude Arnault, a Frenchman married to Academy member Katarina Frostenson.

The allegations caused a rift in the venerable institution over how to handle their ties to him, unleashing a vicious power struggle.

In an extremely rare move, Academy patron King Carl XVI Gustaf stepped in, changing the statutes to enable members – appointed for life – to be able to resign.

Arnault has since been convicted and is serving a two and a half year sentence, while his wife has quit the Academy.

Having appointed new members, the Academy has vowed more transparency.

The 16 year old has mobilised millions of youths since starting her ‘School Strike for the Climate’ alone outside the Swedish parliament in August 2018.

“What she has done over the past year is extraordinary,” said Dan Smith, the director of Stockholm international peace research institute SIPRI.

“Climate change is an issue which is strongly related to security and peace.”

However, his counterpart at the Peace Research Institute Oslo, Henrik Urdal, said he didn’t think she would win.

“Extremely unlikely,” he said, noting her young age and the fact that a link between climate change and armed conflict remains unproven.

Also mentioned as possible winners are Ethiopian Prime Minister Abiy Ahmed, who has made peace with his bitter foe Eritrea, and non-government organisations including Reporters Without Borders and the Committee to Protect Journalists (CPJ).

The Norwegian Nobel Committee received 301 nominations this year, but it never discloses the names.

The Nobel season opens Monday with the Medicine Prize, followed by the Physics and Chemistry Prizes.

The awards wind up on October 14 with the Economics Prize.