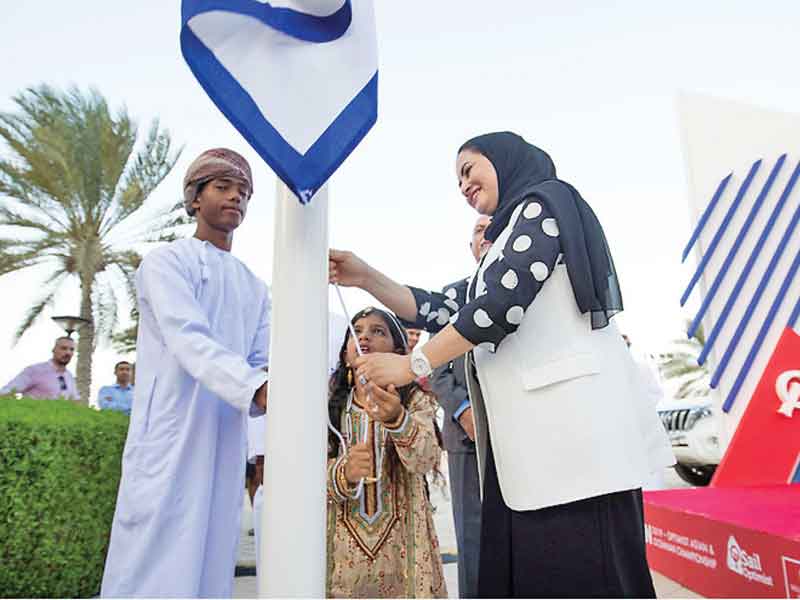 It was an evening of bonhomie, friendship, and a taste of Arabian culture at the Mussanah Sports City on Tuesday as the 2019 IODA Asian and Oceanian Championship, organised by Oman Sail under the auspices of International Optimist Dinghy Association (IODA), was formally inaugurated.

A parade of participating nations followed by sailors and officials’ oath welcomed 141 sailors from 21 countries ahead of races, starting on Wednesday.

H E Maitha al Mahrouqi, Undersecretary at the Ministry of Tourism and chairperson of Oman Sail, was the guest of honour at the opening ceremony. Also in attendance were Ajay Narang, IODA vice-president of Africa, Asia and Oceania region, H E Rashad al Hinai, Undersecretary at the Ministry of Sports Affairs, David Graham, Oman Sail CEO, and other dignitaries.

Speaking on the occasion, Narang told the young sailors, “While contesting for titles, remember that it takes more than crossing the finish line to make a champion. A champion is more than a winner. A champion is someone who respects the rules, rejects doping and competes in the spirit of fair play.

“For the next few days you will experience some magical moments, full of emotion and passion. Through your participation you share universality with the sailors gathered here – all with one goal in mind – sporting excellence.”

He urged the participants to enjoy the fun of sailing. “This is the beginning of a lifelong friendship, and also marks the understanding of different cultures and acts as a firm platform for us all to move forward as one family.”

The championship coincides with the tenth anniversary celebrations of Oman Sail, which in the past has hosted international sailing events – Louis Vuitton America’s Cup World Series, the Extreme Sailing Series, and Laser and windsurfing world championships.

Oman was awarded the Optimist Asian & Oceanian Championship by IODA in 2017.

In his address, Graham said, “Many Olympians and medallists have sailed in these waters, dreams have come true in these waters, and to have another prestigious international event here, where dreams will be realised again, at this wonderful facility in Mussanah, is an honour for us.”

Rashid al Kindi, Oman Sail’s acting director of sailing, said, “We are delighted to welcome world-class Optimist sailors to Oman and we are all looking forward to a week of challenging and competitive racing.”