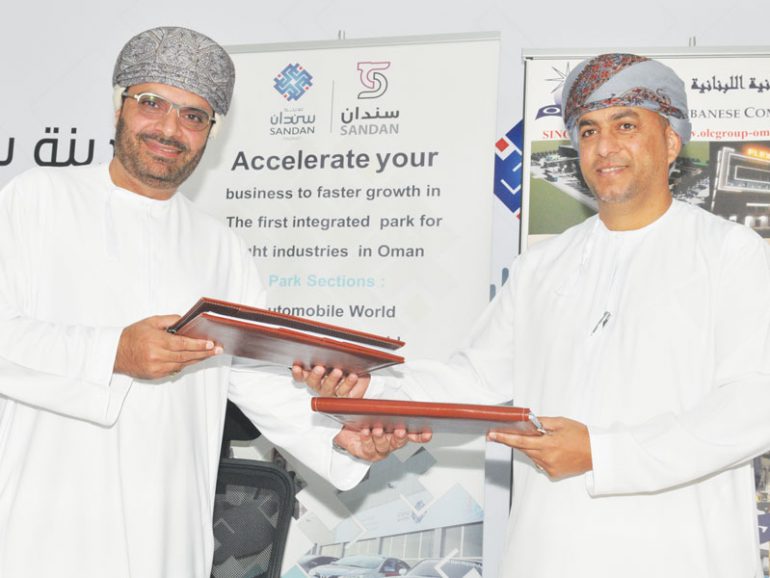 Sandan, the first integrated city for light industries in Oman, signed an agreement on Tuesday to implement its expansion plan which includes the construction of a closed vehicle auction house, warehouse units and large workshops to repair cars.

The value of the expansion agreement is about RO1.5mn. The construction works, which will be carried out by the Omani-Lebanese Company, will be completed in eight months period, according to a press release.

Ali Hassan Sulaiman, CEO of Sandan, said that in response to the increasing demand from investors for Sandan City units, especially the large auto repair shops and warehouses, the company has added new units, especially in areas related to cars including workshops to repair vehicles and exhibitions.

As the first project of its kind in Oman, Sandan is establishing the car auction house equipped with modern systems and managed via internet to match with the best such houses in the world specialized in buying and selling cars through open auctions.

Sulaiman explained that the auction house will be run by Copart–Oman, which is a pioneer company in the online car auction. Sandan recently signed an agreement with Copart in preparation for the start of construction and equipment.

He added that the aim of the car auction house is to support the car exhibitions in the city. Copart will manage the auctions, contribute to the creation of an ideal environment for vehicle auctions in the sultanate.

Carlos Sabgero, CEO of Copart for Middle East, Africa and India, said, “Sandan City will expand the company’s business in Oman and will be able to boost Copart’s sales, especially in light of the city’s advantages and the unified services required by both buyers and sellers. Our customers can visit us in the city and inspect the cars they want to compete to buy or offer their cars for sale. An integrated space will be designed for exhibition and inspection.”

Sulaiman added, “We look forward to make Sandan the first destination for the automotive market in the sultanate. In addition to Copart, the city has the largest car exhibition in the sultanate, which will offer customers a wide range of options in addition to the availability of other services related to cars such as spare parts and workshops.”

Sandan City has started to handover units to investors since March and also started the process of leasing and signing agreements with investors.