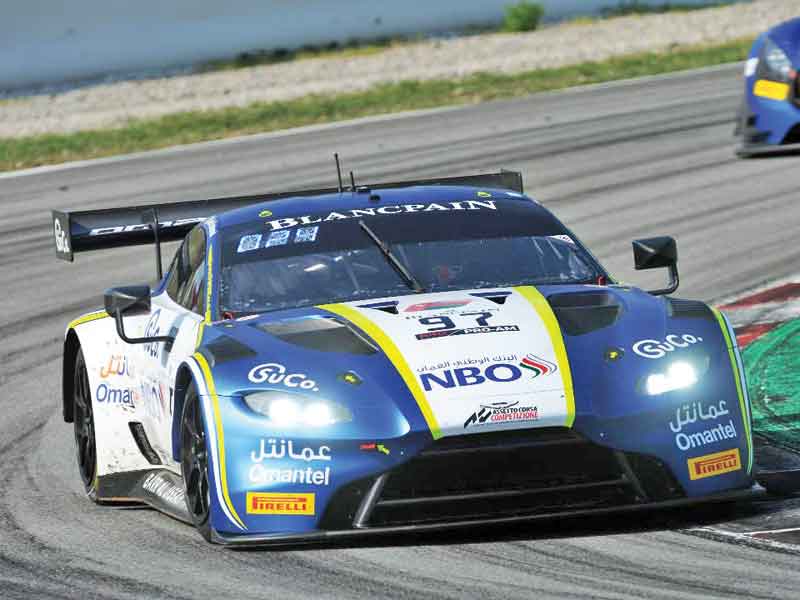 Oman Racing trio of Ahmad al Harthy, Charlie Eastwood and Salih Yoluc, currently Pro-Am championship leader in the 2019 Blancpain GT Series Endurance Cup, qualified sixth in its class for the final round of the season at the Circuit de Catalunya circuit in Barcelona on Sunday.

The #97 Oman Racing by TF Sport Aston Martin crew is in line for championship honours for the second time but it faces a stiff challenge after the AKKA ASP Mercedes-AMG led the Pro-Am class among eight entries and 31st on the grid.

A total of 46 cars started for the final qualifying and Oman Racing finished 39th overall.

On Saturday, Oman Racing had a decent outing during free practice and pre-qualifying. The trio posted the fifth fastest time in Pro-Am class during the 90-minute pre-qualifying session in their car.

In the free practice, a time of 1m46.162s placed the Oman Racing entry fourth quickest in its class while in the Bronze test on Friday, Ahmad was third fastest in class. Ahead of the final qualifying, Ahmad said, “We spent practice and pre-qualifying working on trying to get a good set-up and balance for the race.”

“Barcelona is a difficult track, so you want the car in the best possible shape . We just want to make sure we’re able to be competitive, it’s such an important weekend for Oman Racing.

“It’s a tough weekend for us as we know we need to get a job done, in terms of the championship, so there are so many things to consider and think about. One thing is for sure, we will give everything we possibly can to win our class title for the second time.”

Heading into final race, Ahmad, Eastwood and Yoluc hold a 16-point advantage at the top of the Pro-Am standings after a remarkable unbroken run of five podium results.

Ahmad had made history when he became the first Omani to win Blancpain Pro-Am title in 2017.

Starting the season with third place at Monza in Italy, the trio was second at Silverstone in the UK and third at Paul Ricard in France.

In the penultimate round at the championship’s blue riband race, the Total 24 Hours of Spa in Belgium, the Oman Racing trio – joined by fourth driver Nicki Thiim – claimed a sensational Pro-Am victory from a pitlane start.