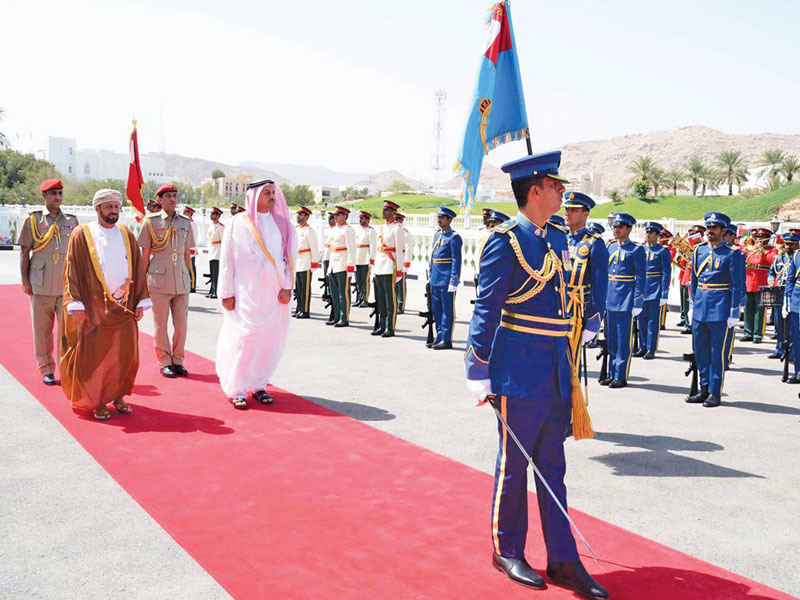 An official session of talks was held between Oman and Qatar at the Ministry of Defence in Mu’askar Bait al Falaj on Sunday.

During the session, Omani and Qatari sides exchanged views on several matters of common concern.

It was attended from the Qatari side by commanders of forces and officers accompanying Dr Khalid al Attiyah.

The Qatari official and his accompanying delegation were received at the museum by Lt Gen Ahmed bin Harith al Nabhani, Chief of Staff of the Sultan’s Armed Forces.

The guest and his accompanying delegation viewed the historic manuscripts and models, as well as the Omani architecture.

They were also briefed on the progress enjoyed by SAF during the prosperous reign of His Majesty Sultan Qaboos bin Said, the Supreme Commander of the Armed Forces.

At the end of the visit, the guest signed the visitors’ book, expressing his delight to visit the SAF Museum and view the sultanate’s civilised heritage, as well as aspects of progress and growth.