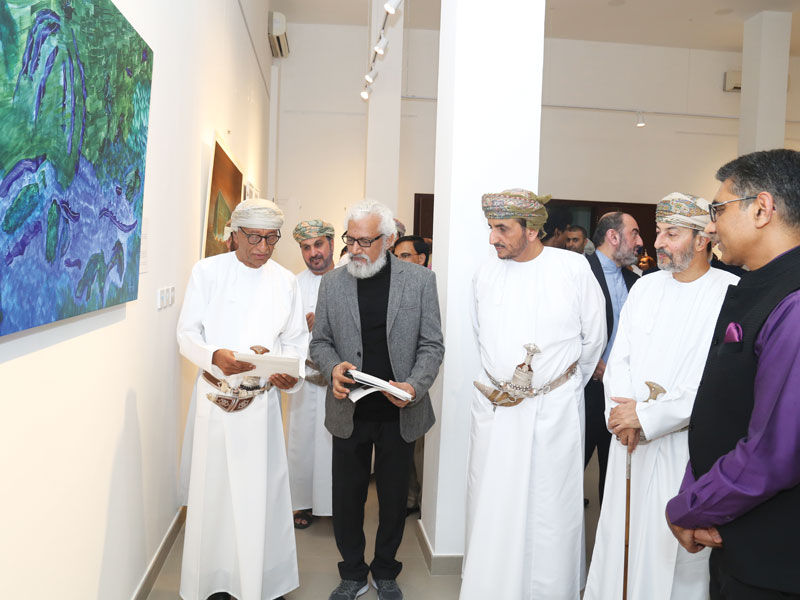 The Oman-India Art Exhibition that was held to showcase the shared cultural wealth of India and Oman over 5,000 years, concluded on Saturday.

The four-day event was held by the Embassy of India in partnership with Omani Society for Fine Arts (OSFA). Organised with the support of Indian Council for Cultural Relations (ICCR) and Indian Social Club, through its newly formed Rangrez Artists Group, the exhibition was inaugurated on September 25.

The inaugural event was also attended by ambassadors and representatives of diplomatic missions, and senior representatives from the fields of art, culture, business and media.

H E Munu Mahawar, India’s Ambassador to Oman, in his welcome address at the inaugural event had stated, “The vision behind this art exhibition is to showcase the shared cultural wealth of India and Oman, that spans over 5,000 years”.

He also spoke about the strong relationship between India and Oman and expressed happiness over the truly Indo-Omani character of the exhibition, as it featured paintings by highly acclaimed artists from India and Oman. H E Mahawar also praised OSFA, especially Maryam al Zadjali, director of OSFA, for personally selecting the artists participating in the exhibition and showcasing the best blend of Omani and Indian contemporary art works.

The art extravaganza included over 75 pieces of art work in contemporary style by Omani and Indian artists in OSFA.