No place to call home 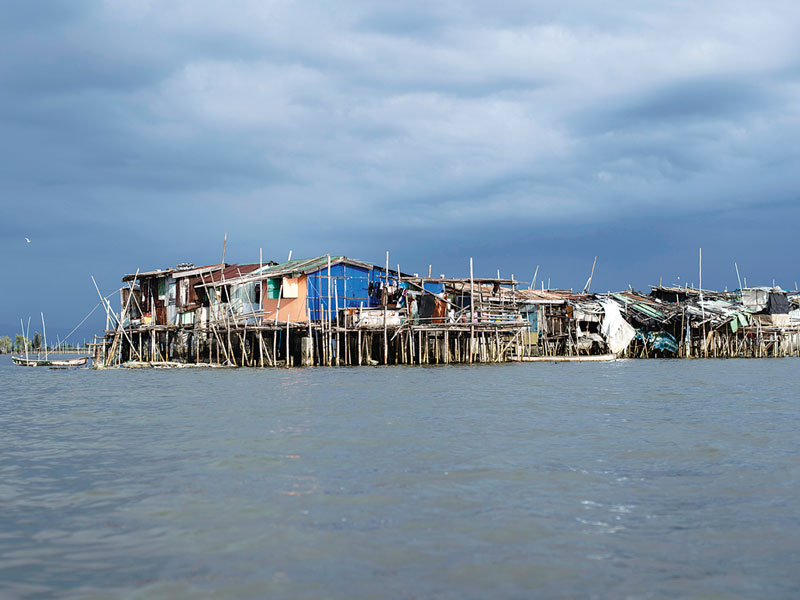 Most refugees fleeing persecution, famine or civil strife dream of one thing: going home some day.

But when rising seas displace hundreds of millions of people – a near certainty, scientists say – it will be an exodus with no hope of return.

“With sea level rise, we are talking about migrations without the option for a round-trip,” Francois Gemenne, an expert on the intersection between geopolitics and the environment, and director of the Hugo Observatory in Liege, Belgium, told AFP.

The global ocean waterline has crept up 15cm to 20cm since 1900, a direct effect of climate change. Until recently, that added volume was mostly due to water expanding as it warms.

Today, however, meltwater from glaciers and especially ice sheets atop Greenland and Antarctica has become the main driver.

The pace of sea level rise has also picked up, increasing nearly three-fold in the last decade compared to the previous century, a landmark UN assessment of oceans and Earth’s frozen spaces to be unveiled this week will report.

How high the oceans will be lifted by 2100 depends mainly on how much Earth heats up.

If humanity caps global warming at 2°C above preindustrial levels – the cornerstone goal of the Paris climate treaty – seas will rise by about half-a-metre, according to a draft of the Intergovernmental Panel on Climate Change (IPCC) report seen by AFP.

A trickle to a torrent

A 3°C or 4°C world in which efforts to curb greenhouse emissions have fallen short will likely see an increase closer to a metre, enough to wreak havoc in dozens of coastal megacities and render many island nations uninhabitable.

“Some small islands in the Pacific and Indian Ocean are merely one to two metres above sea level,” Carlos Fuller, lead climate negotiator for the Association of Small Island States (AOSIS), told AFP.

“A 1.2m rise would totally submerge these states.”

But even these dire impacts are a trickle compared to the torrent to come because ice sheets will continue to shed mass for hundreds of years, scientists warn.

In the 22nd century, the pace of sea-level rise is likely to jump 100-fold from 3.6mm per year today to several centimetres annually, according to the draft IPCC report.

Even if global warming is capped at 2°C, oceans will eventually rise enough to submerge areas home to 280mn people today, according to research led by Ben Strauss, CEO and chief scientist of Climate Central.

“Two degrees of warming translates into more than 4.5m of sea level rise, probably 6m,” Strauss told AFP. “That’s enough to erase most of the cities on the coastlines across the world today.”

Local and national governments around the world are starting to come to grips with the reality of current and future sea level rise.

Some countries are getting ahead of the problem by moving vulnerable populations.

Indonesia announced last month that it will relocate its capital – along with millions of it residents – from Jakarta to Borneo.

Vietnam, meanwhile, is engineering an exodus from parts of the Mekong Delta to higher ground.

Local governments in Florida and Louisiana have created incentives to move people from flood-prone areas, and Britain has earmarked at least one vulnerable village in Wales to be “decommissioned”.

“The message is that sea level rise is affecting the rich and the poor, developed and developing countries,” said Fuller.

Some are taking an engineering approach. New York, for example, has a plan likely to cost tens of billions to protect parts of the city inundated in 2012 by Hurricane Sandy.

“A lot of places will build higher and higher levies,” said Strauss. “But as we adapt to sea level rise, we need to ask ourselves: how deep a bowl do we want to live in?”

Strauss’s research, which informs the IPCC report, has estimated what percentage of the population in hundreds of major coastal cities today are in zones that will eventually be submerged with 2°C of warming.

“Consider the political instability that has been triggered by relatively small levels of migration today,” Strauss said.

“I shudder to think of the future world when tens of millions of people are moving because the ocean is eating their land.”

There is an ethical dimension to the problem as well, said Michael Mann, director of the Earth System Science Center at Pennsylvania State University.

“People with means can move elsewhere,” he told AFP. “People without those means get stuck in dangerous areas that will be flooded and subject to toxic tides.”